Each year, LINE DEVELOPER DAY (or “LINE DEV DAY”, for short) showcases LINE’s leading-edge technology and latest advancements to developers all over the world. Since making its debut in 2014, LINE DEV DAY has come a long way, steadily growing in scope and ambition, reflecting the company’s unceasing focus on doing more for its users and our dedication to being a high-tech leader.

To get a fuller sense of just how much has changed over the past six years—both for LINE and for our technology—let’s take a look at the history of LINE DEVELOPER DAY.

LINE DEV DAY was launched in 2014, being held out of LINE’s old office in Shibuya with a seating capacity of just 150. In fact, it wasn’t even called LINE DEV DAY at the time—in 2014, we called it LINE Developer Conference in Japan. LINE DEVELOPER DAY 2014 was the name for the event held in Korea later in the year. The main theme that year was the infrastructure and platform behind the LINE app. It was a humble start, but it was an exciting time for our young company, and the response was most enthusiastic. 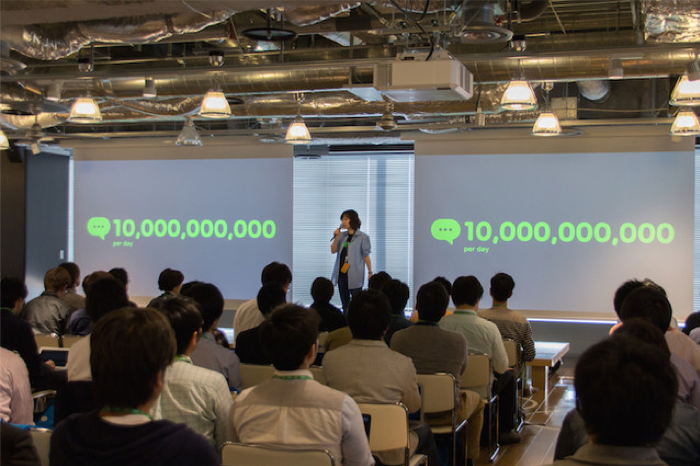 The following year, we began using the name LINE DEVELOPER DAY in Japan, as we upgraded to a proper conference hall in Shibuya. The 2015 theme was LINE’s global culture and “LINE Messenger for the World,” as the LINE brand was becoming a global phenomenon.  And, once again, we held a second DEV DAY in Korea, offering a second showcase for LINE’s rich technical work. 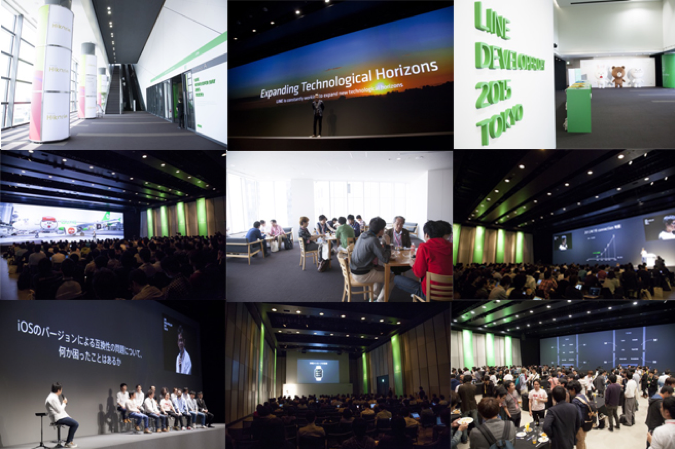 At LINE DEVELOPER DAY 2016, one of the key areas was chatbots, as LINE launched the LINE BOT Platform, along with the LINE BOT Awards to recognize the best uses of this technology. LINE also announced Clova Interface Connect and the Clova Extension Kit to develop and extend the functionalities of the LINE AI assistant “Clova”. The popularity of LINE DEV DAY continued to grow, too, as this was the first year we welcomed over 1,000 participants. 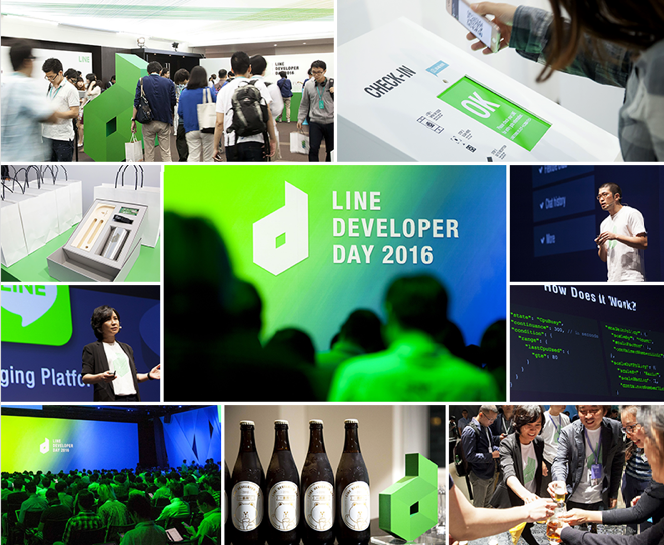 In 2017, the big news was AI, as we showed off our smart speaker, Clova WAVE, and announced a Clova API. The number of sessions also doubled from 17 to 39, as LINE’s technological scope continued to grow and diversify. 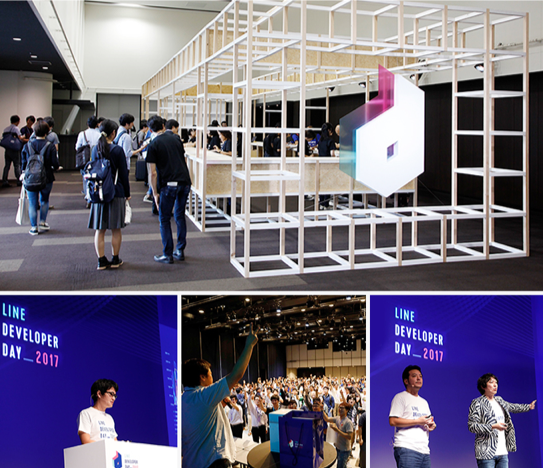 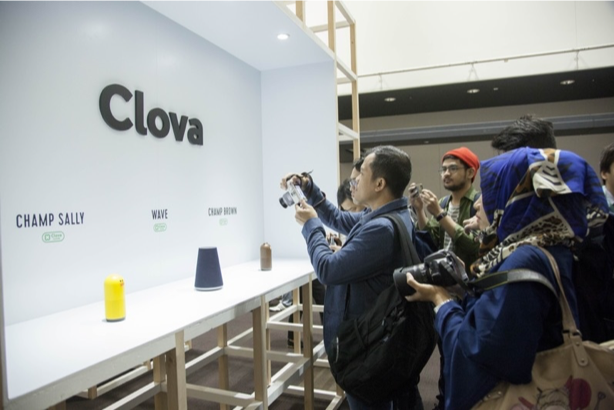 The theme in 2018 was Next LINE, showcasing the company’s vision and strategy in new technologies, fintech and blockchain. The event was hosted at Happo-en, the beautiful garden in the heart of Tokyo that dates back to the 17th century, with the concept of the harmony between modern technology and the traditional Japanese garden. 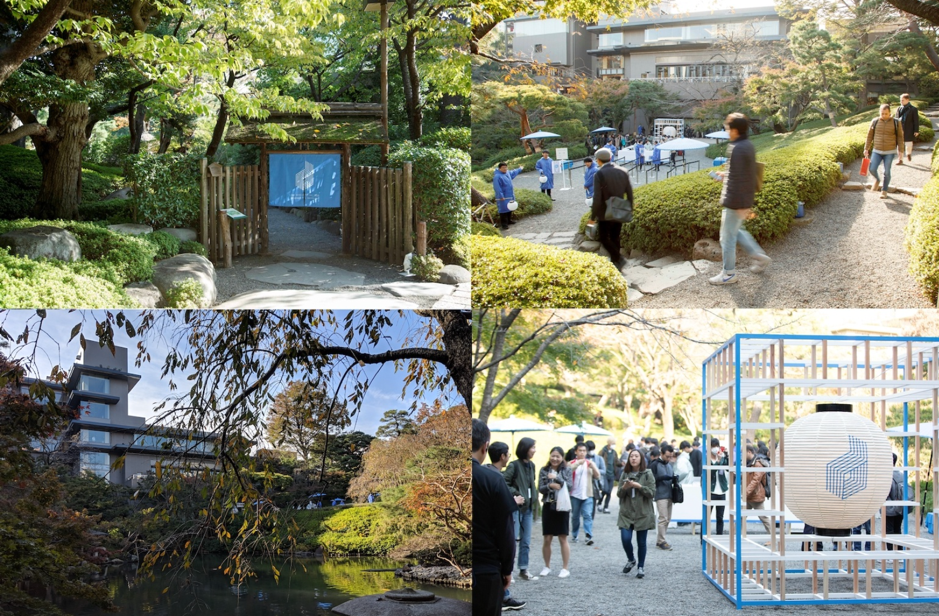 By 2019, LINE DEV DAY had become a multi-day event and the number of attendees soared to over 3,000, as the scope expanded to also include sections for UI/UX designers and planners, project managers and product developers. Day 1 focused on engineering while Day 2 emphasized product development, ensuring a deeper look at all aspects of our technology. In addition, this year, we facilitated admissions by adding a facial recognition registration system, which had a spectacular 98.7% satisfaction rate. 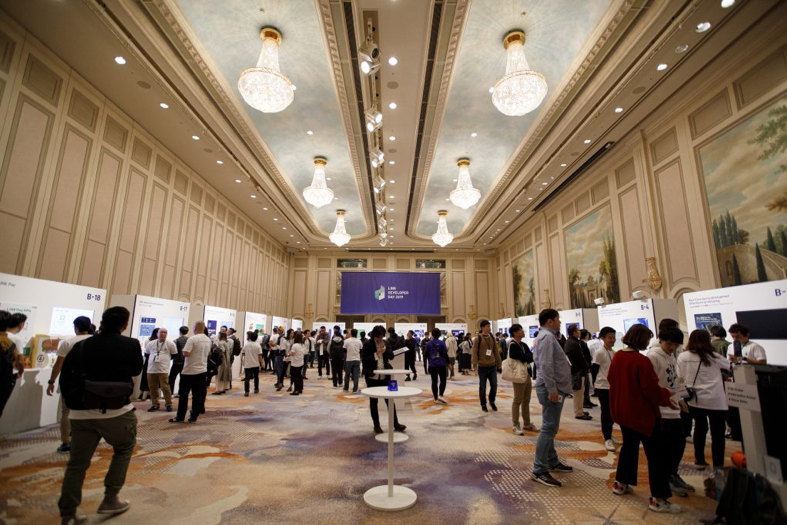 This year’s LINE DEV DAY promises to be one of the most ambitious yet, moving entirely online for its three-day run of November 25 to 27. With over 150 sessions on the agenda (all available in English or with simultaneous translation), visitors will be able to go more in-depth than ever, with fascinating talks about all aspect of cutting-edge technology and the challenges facing engineers and developers. We have also invited 36 guest speakers this year, the most ever, to increase the interaction between LINE and other industry leaders.