LINE PLAY will be holding the following in-game events in celebration of its second anniversary. 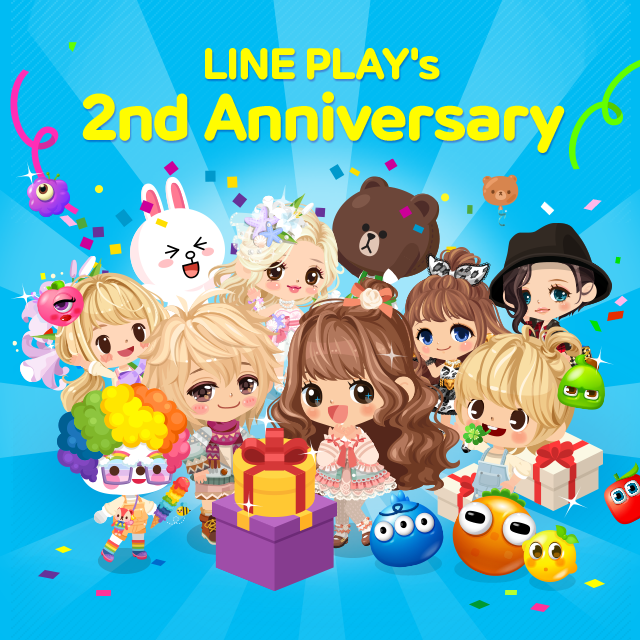 LINE PLAY is a virtual community app that allows users to create and decorate their own characters known as “avatars” in order to interact with other players using the service. Since launching on November 21, 2012, LINE PLAY has not only experienced growth in Japan, but has also caught on globally in countries such as Taiwan, Thailand, and the United States. The community has emerged as one of the largest avatar communities in the world, with over 19 million users worldwide.

The volume of communication conducted among PLAY users has also increased steadily. Hearts, a kind of virtual greeting sent between avatars, were sent a total of more than 12.6 billion times. The new Square feature opened in April of this year offers large-scale multi-user virtual chat rooms, boasting a total of more than 530 million messages sent by players since being released. The Square has received positive reviews from LINE PLAY users as an excellent location for cross-avatar communication.

In celebration of its second anniversary, LINE PLAY will be releasing a set of commemorative stamps through LINE camera.

Special second anniversary stamps will be distributed as gifts through LINE camera.

Users that log in to LINE PLAY during the event will receive a special gift item commemorating the service’s second anniversary.

LINE PLAY plans to continue expanding its user base by adding new features and improving existing ones in order to offer better avenues of avatar-based communication.